AREL, the Agency of Research and Legislation, comprises of Members of Parliament, professors, managers and entrepreneurs. The agency aims at examining the main economic and institutional topics through research, debates and documents in order to act as the basis for legislative works as well as to analyse decisive matters concerning the development of Italian society and its role in the European and international scenario.

AREL was created in 1976 by Nino Andreatta together with a group of important personalities who worked at universities, in the field of industry and in the professional sector (like Umberto Agnelli, Urbano Aletti, Adriano Bompiani, Franco A. Grassini, Ferrante Pierantoni). The agency is based on the idea of finding a place in which intellectuals, researchers and politicians could meet and examine closely the most relevant Italian and international economic, administrative and institutional matters, with modern and rigorous analytic tools.

The debates that arose from AREL activities have often been translated into complex bills that, once brought to Parliament, became ordinary laws.

AREL meetings and seminars, together with its research activity, over time have covered a wide range of topics, as demonstrated by the large number of themes analysed in the volumes published in collaboration with “Il Mulino”. Topics vary from economic ones, (such as the relationship between the State and industry in European countries or the examination of dynamics between salaries and participation) studies and initiative in the field of justice, the reform of public and local administration, transparency in finance and on the stock exchange, and  institutional reforms to European affairs and the environment.

For about ten years now, AREL publications have been renewed, enriched with new editorial series.  New publishing initiatives have been added to the “historical” monographic volumes signed by Arel-il Mulino, like: the Monographs, the Magazine (renewed in contents and in graphic design), the Observatories, and the Conversations.

In the past few years AREL has strengthened the collaboration with important Italian and international centres of research, aiming at developing research activities and promoting conferences and seminars. Some of these centres of research are: the London School of Economics and Political Science – Economic and Social Cohesion Laboratory; the Barcelona CIDOB Foundation, which in 1999 created with AREL the Italy-Spain dialogue Forum; the ISPI ( Institute for Study of International Politics); the IAI (Institute of International Affairs); Sciences Po Paris; LUISS University; the  CERST (Centre of Research for Territory Development); and the Università Cattolica del Sacro Cuore of Rome, which every year organizes with AREL a Master to train operatives in the field of migration.

In 2015 AREL started two important projects: the “Nino Andreatta” School of Policies (addressed to young people) and the Italy-ASEAN Association (addressed to Italian economic and financial actors). Since 2018 AREL has been a partner of research centres, universities and institutes like: the University Rersearch Centre for Human Health and Social Intercultural Assessments of the Università Cattolica del Sacro Cuore, the Rielo Institute for Integral Development in New York, and  the Universidad Popular Autonoma of the Estado de Puebla in the context of the Global Global Permanent Forum on Migration and Health. 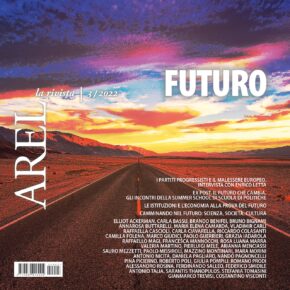 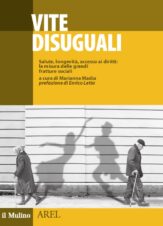