Almost 50 years after its foundation in 1967, ASEAN’s path has been marked by impressive results. In particular, the addition of Vietnam, Laos, Cambodia and Myanmar – matured at the end of the Cold War – provided growth and stability to the role of the Association. Its economic dynamism – even with contradictions and inequalities – is fast consigning to history poverty and backwardness. A systematic, well-targeted political dialogue is currently developing between Italy and the ten ASEAN members. Trade and investments, as well as official visits, are constantly increasing. For Italy, the richness and diversity of the countries, peoples and resources of ASEAN offer great promise for a very successful cooperation.

The commitment of the Government for the Italian companies/

The promotion of Made in Italy products in South-Eastm Asia/La promozione
del Made in Italy nel sud-est asiatico, by/di Riccardo Maria Monti

To invest in Italy for a company from ASEAN

Romeo Orlandi, Vice President of the Italy-ASEAN Association, is an economist and sinologist. Professor of Globalization and Far East at the University of Bologna, he also teaches various post-graduate courses. Romeo has directed the think tank Osservatorio Asia since its inception in 2004. He was Trade Commissioner for the Italian Government in Singapore, Shanghai, and Beijing (for Greater China). He is an international strategic consultant for governmental institutions and companies, a regular contributor to national and international media, and author of several books on China, India, Vietnam, Indonesia and ASEAN. 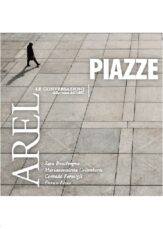